PSN are doing some pretty amazing sales at the moment. If you read my last post, you will see that I purchased quite a few games from the Rising Star 10th anniversary sale. I traded in my old Xbox 360 at CEX and got a £47 credit voucher after buying a few games in store, so I decided to get myself £50 worth of PSN credit once I saw all the sales. So it would be rude not to grab a few things from the retro sale. Here’s what I’ve got my eye (and wallet funds) on:

Grandia is an absolute classic JRPG in my opinion, and even though I already have it on PS1, I might just get it on the PS Vita for a bit of portable JRPG magic when I’m travelling to and from London. If you love JRPGs and you haven’t had the pleasure of playing this, get it. You won’t regret it. The characters are likeable, and the battle system is classic. It would be nice if Grandia 3 would appear in the UK now though… 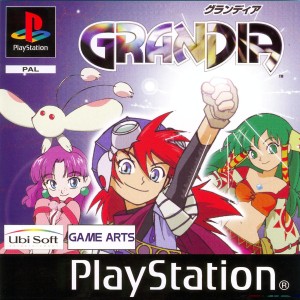 Both of these games bring back childhood memories. They are memories of love and irritation, as Pandemonium is not an easy game to play. I remember the hours of frustration, but there’s something about them that makes me want to give them another go, and at that price I can hardly say no.

This is probably my favourite racing title of all time. Again, I already own this on PS1, but it’s one of those titles I wouldn’t mind buying again. As I type this, I have the opening song in my head. It looks so dated now, but I remember the hours of fun I used to have playing this. Along with the hours of frustration when I attempted to ride the completely uncontrollable bike.

Klonoa is another classic game that brings back childhood memories like Pandemonium. Klonoa is a weird bunny type…thing. Judging from his character design, he’s taken a few cues from Sonic & co. Regardless, it would be nice to play as this little fluff ball of frustration again.

That’s a pretty amazing price for an entire series, and the Spyro series is really enjoyable. I think I still have all these on disk somewhere, but I can’t be bothered to rifle through the memory cards I have to find some empty space when I can just play them on the PS3/Vita. It seems like only yesterday I was playing these actually, so we’ll see if I get a nostalgia hit. 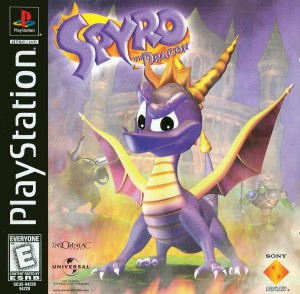 Now the only problem I have, is that storage on my 500GB PS3 is rather lacking, and I need to take out a small loan for a bigger memory card for my PS Vita…

One thought on “My picks from the PlayStation Retro sale”

Ramble with me Cancel reply